If you take the small side road that goes past St Alphege Church in Solihull, then you will pass the Tall Solihull War Memorial. Originally unveiled on the 21st June 1921 by the Earl of Craven; the war memorial was moved a few meters in 1994 to allow for safer viewing and also restored in 2009. It now includes the First and Second World War as well as the Korean War. 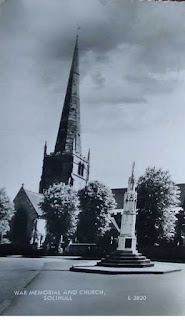 This is the Solihull War Memorial and St Alphege Church in the 1960s. 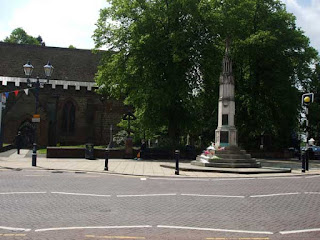 This photograph was taken last week, end of May 2013.  There are 8 panels around the stepped memorial and here is the information on the first panel. The panels have been taken in an anti- clockwise fashion and are not in any order. 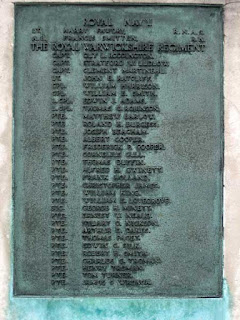 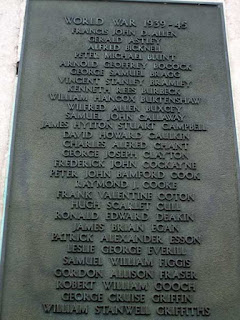 In eternal remembrance of the men of Solihull who went forth at the call of king and country to fight in the Great War. Manfully they faced hardship, danger, death itself, in the cause of liberty. The names of those who returned not again are here inscribed.
Their bodies are buried in peace and their names liveth unto generation and generation. Ecclus XLIVI4 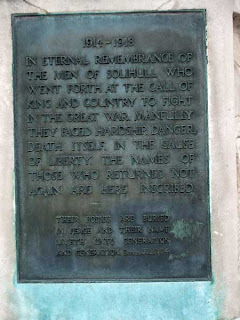 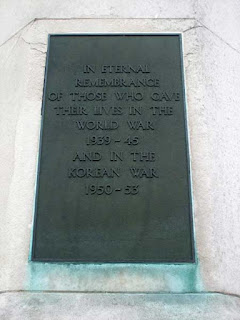 The names and wording on panel 5 are as followed: 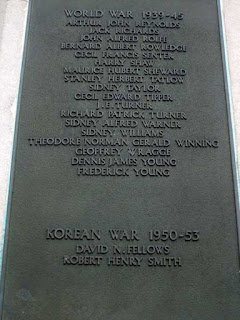 Names and information for panel 6 are as following: 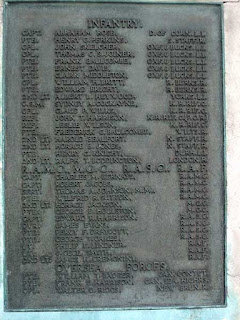 Panel 7 has the names and information on: 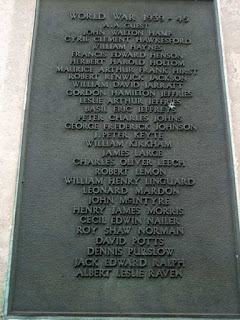 This is the final panel on Solihull War Memorial. Not the longest list that is on a memorial but more of that in a later blog. 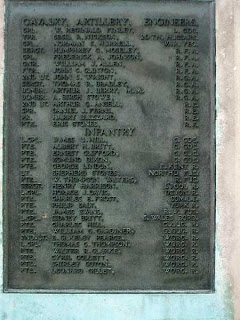 I am assuming that the panels without a date are from the First World War. So many names all killed in the course of this thing called war. Such a waste of lives. Still no Frederick Ward, my great uncle that was killed in the 1939 - 45 war. He lived on valley Road which is in the Parish of Elmdon, once in Sheldon and now in Solihull. But I still have not found his name on a local memorial. More memorials to come in later blogs.
Posted by Sue at 10:40