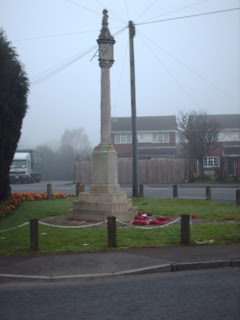 The dedication on the front says: 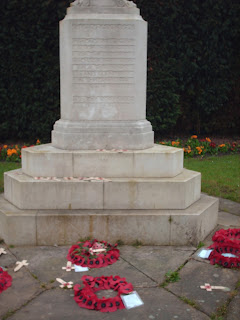 The names listed are as following: 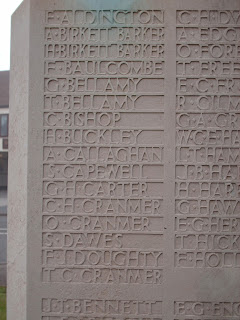 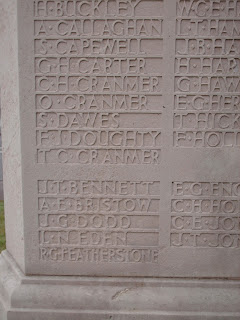 The next panel has these names on: 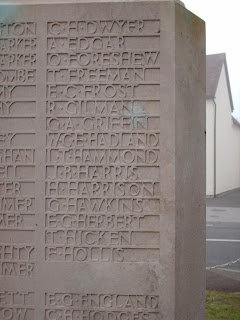 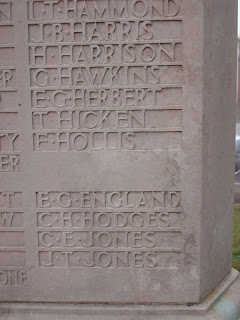 On the next panel are the names of these soldiers: 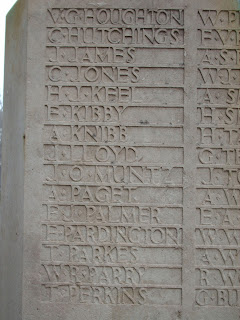 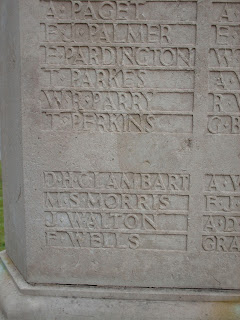 The last panel has the following soldiers names: 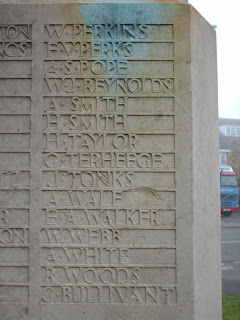 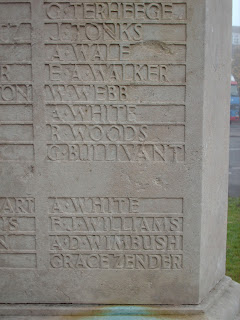 Once again this war memorial contains a women's name from the Second World War. Grace Zender (Edith Grace Zender) She was only 18 when she died at Hockerill Training College, Bishops Storford on the 11th October 1940. Hockerill Training College was a teacher training college for women who were lay Christian preachers as well. On the fatal night of the 10th October 1940, a German Luftwaffe discharged its three bombs that were thought to have been targeted for more likely a major British city. However the Germans discharged their deadly cargo on the next likely target on their way home after meeting resistance from the ground air defences. The college was not probably the target but the local railway lines. Three bombs exploded over Bishops Storford, with one being a direct hit on Menet House. This was the accommodation of the teachers and students. Unfortunately it killed three students straight away and buried seven other students and a lecturer, who were eventually rescued. Grace Zender was the daughter of Alfred and Edith Zender of Flower Knott, Hockley Heath.

George William Terheege was killed during the First World War on the 7th November 1918. He is burried in Umberslade Baptist Burial Ground. At 34 he was a private in the Devonshire Regiment and Labour Corps. His parents lived in Meriden and his wife Emily Terheege lived on the Stratford Rd, Hockley and he died at home. George was married to Emily in 1907 in Solihull, and she was then Emily Ann Dutton.
Posted by Sue at 19:48