A church that holds a splendid Christmas Fayre is the St Margaret's Church in Olton, Solihull. There are also two First World War memorial plaques within the church, dedicated to the men who did not return home after the war. Beautifully crafted in marble and decorated above the list of names. 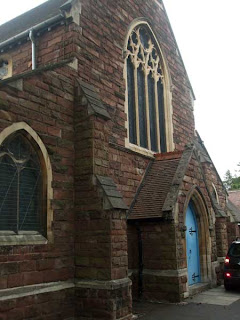 This is the front of the church photographed a few weeks ago. 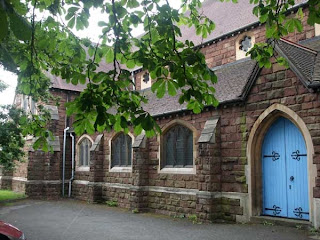 The side of the church which is adjacent to the Warwick road and Kineton Green road. This church does not have a grave yard. It was finished being built in about 1896. Each war memorial plaque is placed on either side on the main door. The names on the two plaques have their regiment listed beside them.

Names on plaque one: 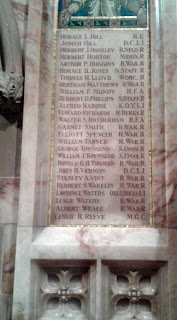 Names on plaque two are as following: 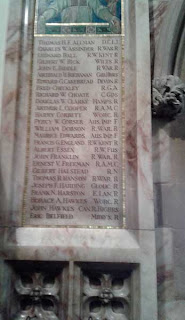 There are about 52 names on these plaques, a lot of men to loose in such a small village. Especially as there is another plaque with more names in a church just down the road. That will be shown shortly, as well as the many other churches and memorials that I have photographed. Next week I also have a 1940s photograph album from another church service that is local to this one to show. It is a bit of a mystery!
Posted by Sue at 18:42