Continuing the War Memorial information that I have gathered over the years Here are a few photographs and information from the old Birmingham Library building. This memorial of two plaques and a statue of the Royal Warwick Regiment emblem was once situated on the first floor just by the escalators. Now we have a new library that is somewhat modern looking! I have yet to visit and will update this post to whether the memorial is still there.
The memorial commemorate the members of library staff killed in action. 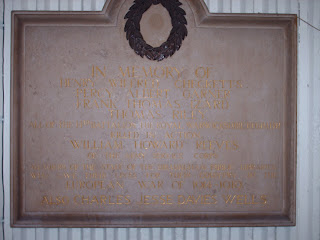 Henry Wilfred Checketts
Percy Albert Garner
Frank Thomas Izard
Thomas Rilly
All in the 11th Battalion of the Royal Warwickshire Regiment killed in action.
William Howard Reeves
Of the Army Service Corps.
Members of the staff of the Birmingham Public Libraries who gave their lives for their country in the European War of 1914 - 1919. 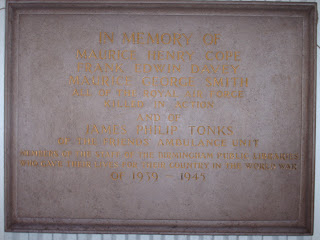 The second plaque next to the first says:

Maurice Henry Cope
Frank Edwin Davey
Maurice George Smith
All in the Royal Air Force, killed in action and of:
James Phillip Tonks
Of the Friends Ambulance Unit.
Members of the staff of the Birmingham Public Libraries who gave their lives for their country in the World war of 1939 to 1945. 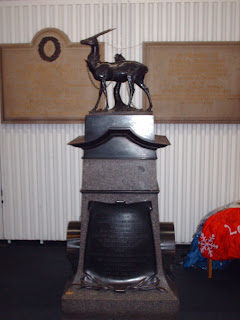 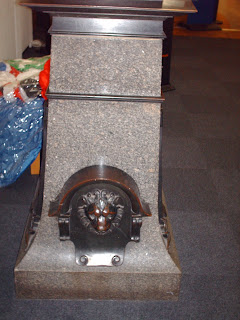 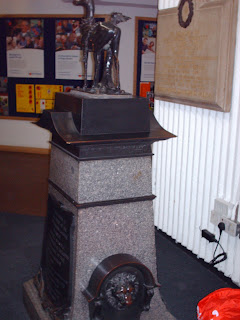 The Royal Warwickshire Regiment statue commemorating the men who lost their lives. It looks to be of granite and bronze, quite beautiful. When I too these photographs the area around the memorials were quite messy, but I am glad to say on subsequent visits the area had been cleared and very tidy.

If the memorials are still in the new library I will take their new place photographs and the wording on the statue which I could not read. Unfortunately I couldn't find the memorial in the present Birmingham library in the city centre. Also the receptionist didn't know anything about it.
Posted by Sue at 09:20