Longbridge Parish Church in newspaper clippings and photographs from the 1960s.

Last summer, I came across some newspaper clippings along with some photographs of the vicar and booklets in a local jumble sales. They were just loose in a box with other bric a brac. It looked like a the Northfield, Birmingham's church office clearance. So I collected as many bits as I could and paid just £1 for them. Here is the church findings. This is history - not only of the church but of the man who took over, is mentioned in the newspaper and shown in the photographs. The booklets I will blog about later as they are of a different church. 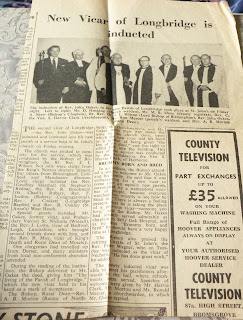 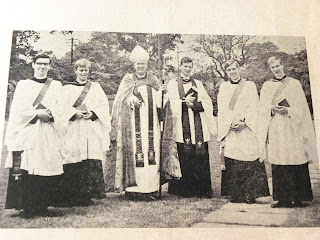 A group of clergy in a newspaper clipping, undated or named. But it looks like a very young John Oakes at possibly his ordination with other new clergy that were ordained at the same time. 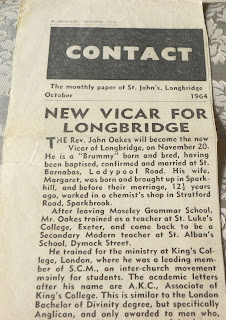 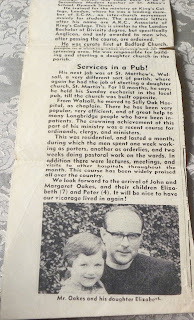 Two newspaper clippings about the Reverend John Oakes being brought up in Birmingham. 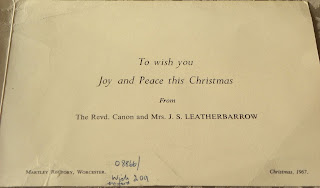 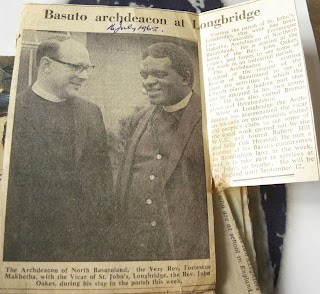 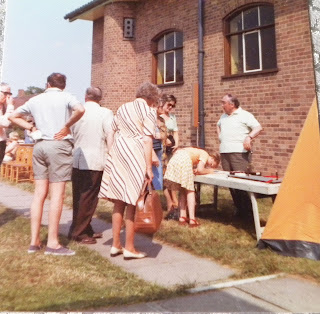 Photograph of a church fete. Looks to be about the 1970s. 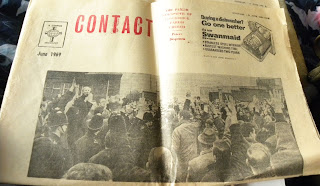 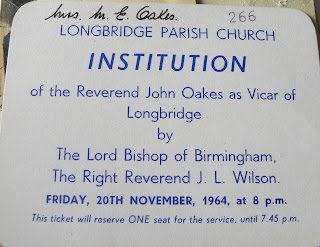 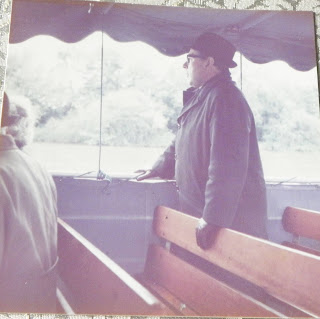 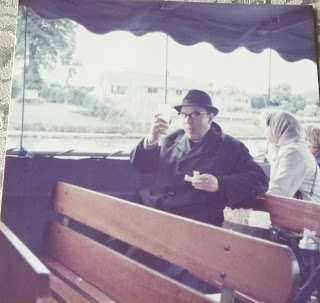 Photographs found, I think of the reverend Oakes with his church attenders. This looks like the 1970s?  There was also the negatives amongst the church hoard, with many other prints not seen here. Also an older photograph from 1924. It does have the names on the back. 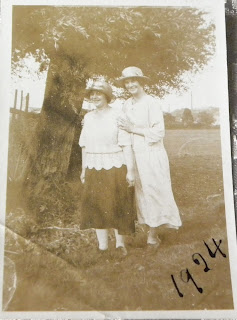 Again about Reverend Oakes in a newspaper clip. 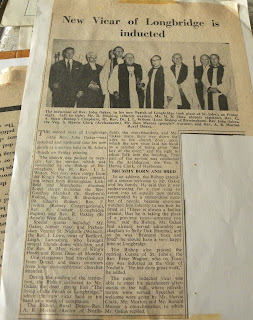 Have a look at the newspaper clipping about Longbridge church and the reverend Oakes. I believe he is now retired but it just seemed a shame to throw his life's work into a jumble sale and eventually, if I had not picked them up. They would have been separated and probably consigned to the rubbish tip. 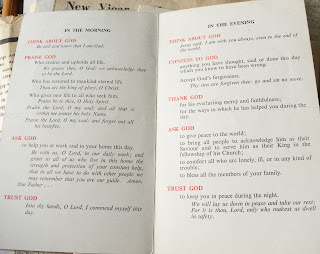 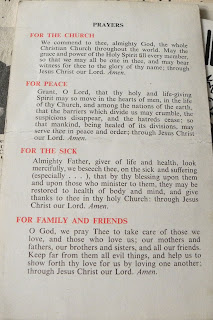 Back of the prayer booklet. 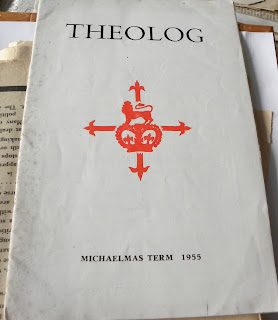 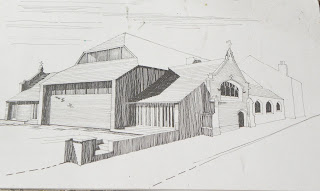 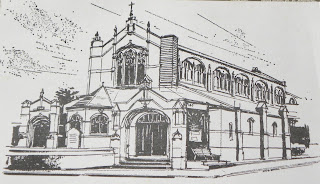 The old and new church etching.

The negative sleeve with old money on the front. 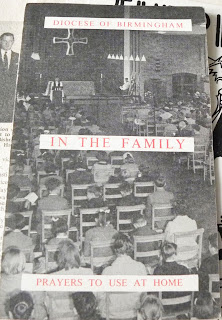 Diocese  of Birmingham prayer booklet front. See the insides above. 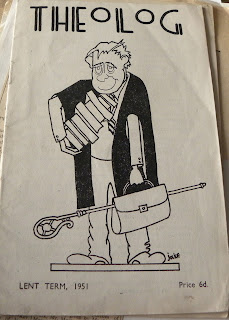 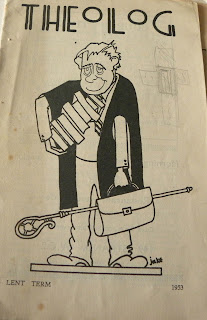 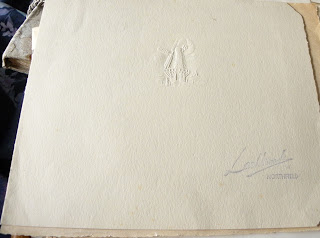 The front of a photograph sleeve from Northfield - probably from a photograph shop now long gone. Sorry can not red the shop's name.

St Barnabas Balsall Heath, Birmingham's rebuilding and refurbishing after a fire in 1970s. Think the photograph sketches above may be the old church and newer smaller one.
I have some leaflets of a Bedford church, but will show them at a later date. So have a happy Christmas and I hope next year gets a lot better,
Posted by Sue at 06:58