A few years ago, I brought a small battered book in a church sale. The book had no cover and was falling apart. No information to see where Mount Pleasant Chapel was. There are many chapels of that name. So I just looked at the many recipes sent in by lots people all over England and Wales. Then thought it was a piece of history that could not be just thrown away and so put it on my bookshelf. Where it has stayed. Today I got it out and discovered the following after some research: 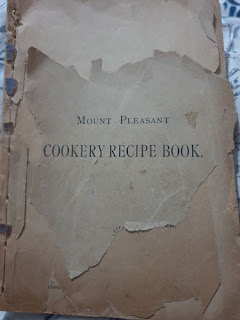 It was a recipe book sold to raise funds for the Mount Pleasant Wesleyan Chapel in Leek Staffordshire. There is quite a write up in the Staffordshire Sentinel on the 27th April 1909 about the 3 day event. The book was compiled by Miss Rayner and raised £34.

The preface says "Dedicated with grateful thanks to all those who so willingly contributed to this book, which has been compiled in aid of the funds of the Mount Pleasant Chapel Bazaar, April 1909"

"Be to its faults a little blind,

And to its virtue very kind" 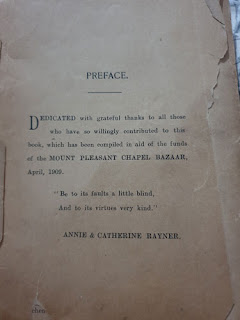 Sister's Anne and Catherine Rayner were the children of Peter Ascough Rayner and Anne Taylor. They lived in Leek all their lives and never married. Anne born in 1856 died in 1939 and her sister Catherine born two years later died in 1937. They had a younger brother Peter Ascough Rayner born in 1960, who although married appeared to have no children and died in 1907 in Lancashire. They also had another sister, who was called Amelia. Born in 1859, Amelia married a widow in 1885 in Leek. John Moses was a monumental mason and had five children by his previous marriage to Jane Eliza Crabtree already. The couple had one child Miriam Rayner Moses together.

At the front of the book are two pages of quotations: 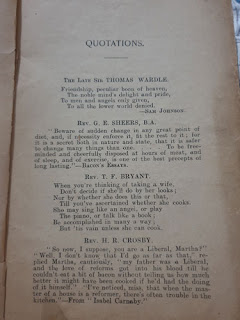 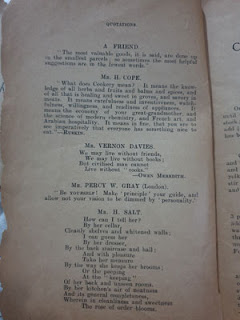 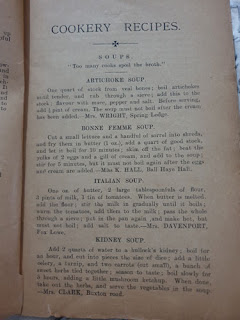 The cookery recipes are numerous. So in this blog post I will show just a few. Over the coming months, I hope to photograph the whole book and add them on this website.