I had no idea on what BVGS stood for but the handwritten 1948 in black ink drew my eyes. So for just £1.50 I handed over my coins. This however included a glass framed photo of a twenties wedding couple. Having haggled it down from £2, I was quite happy to add this photograph to my growing genealogy and local history car boot find's collection. 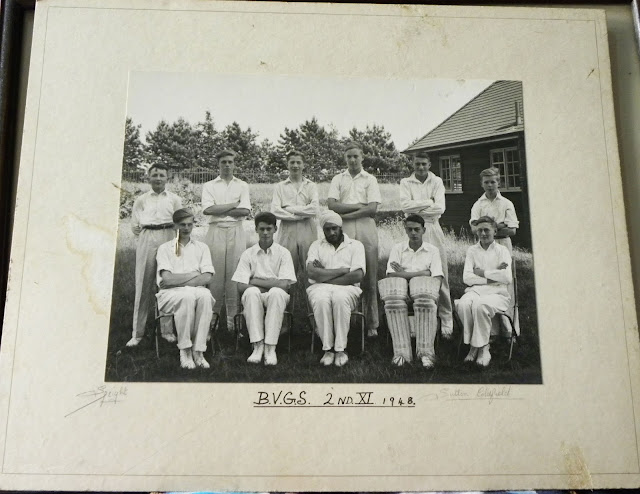 So here is the Bishop Vesey Grammar school's photograph of the cricket team 2nd 11 for 1948. In pencil there is Speight and Sutton Coldfield. So doing a quick bit of research. This state grammar school was opened in 1527 in Sutton Coldfield, West Midlands. Founded by Bishop John Vesey the school continues to excel in sports and education today. When this photograph was taken. The head teacher would have been Geoffrey John Cross.

Not sure who Speight was. He was either the person who took this cricket team's photograph or one of the group being photographed and his name was written to ensure he had an everlasting memory of his team. 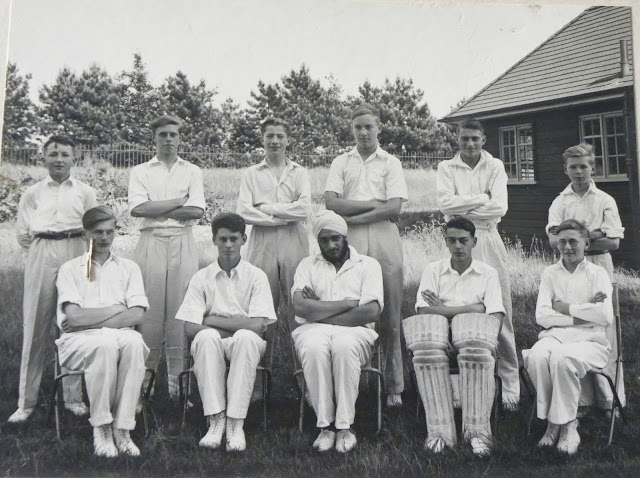 Here is a close up of the proud team. These children would now be in their 80s, do you recognise anyone? I think they were all told to fold their arms and sit/stand up straight. But there is always one that doesn't follow instructions!! Note the long grass behind them and the rural setting with trees in the background. I think that is probably the wooden cricket/sports pavilion to the side. Not sure if it is still there as never visited this school. Just drove past a few times and I have lived in Sutton Coldfield for a few years.

1948 was just 3 years after the end of World War one. These children would have already lived through the bombing and likely have lost someone in their family to the fighting. This year saw the start of the NHS and HMS Empire Windrush docked in London.

Not sure how this school photo ended up in a local car boot. Probably from a house clearance sale. Someone did not want this lone photograph. A bit stained from the years passing. But the children look the same and it could have been taken today. I will be adding the framed wedding photo shortly that I brought with this print. For a small £1.50, it was worth the money and one to preserve for future generations.