Visit to Who Do You Think you are NEC Birmingham

Last week I was lucky enough to visit the "Who Do You Think You Are" show at the NEC in Birmingham. A spin off from the TV series that traces ancestors of famous people. Now there is a magazine and an annual show. I had never been to one before and so looked up what was there before I went and took some old badges to see if I could get them identified. 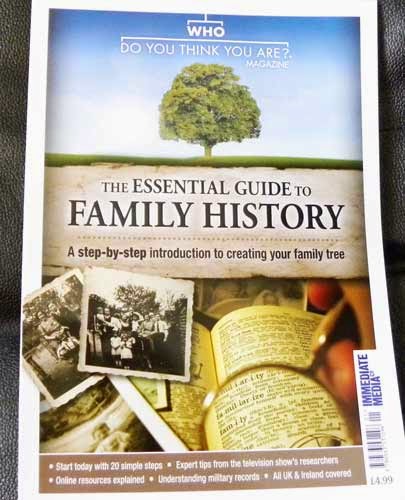 Lots to see with all the different family history societies, different services to help trace ancestors and many different stalls that had books, posters, etc that you could showcase and record your family tree. Much more also to see and assist you.

There were people there who were experts on war. So one very kind gentleman (sorry but I can not remember his name) took  a look at some old badges that I had from my uncle's house following his death. The house was our family home which my grandparents also once lived in. This collection was not collected from outside the home but remnants from the people within.

Here are the badges with a brief description. As usual with any research into your family tree. I threw up questions that I still have to look into. 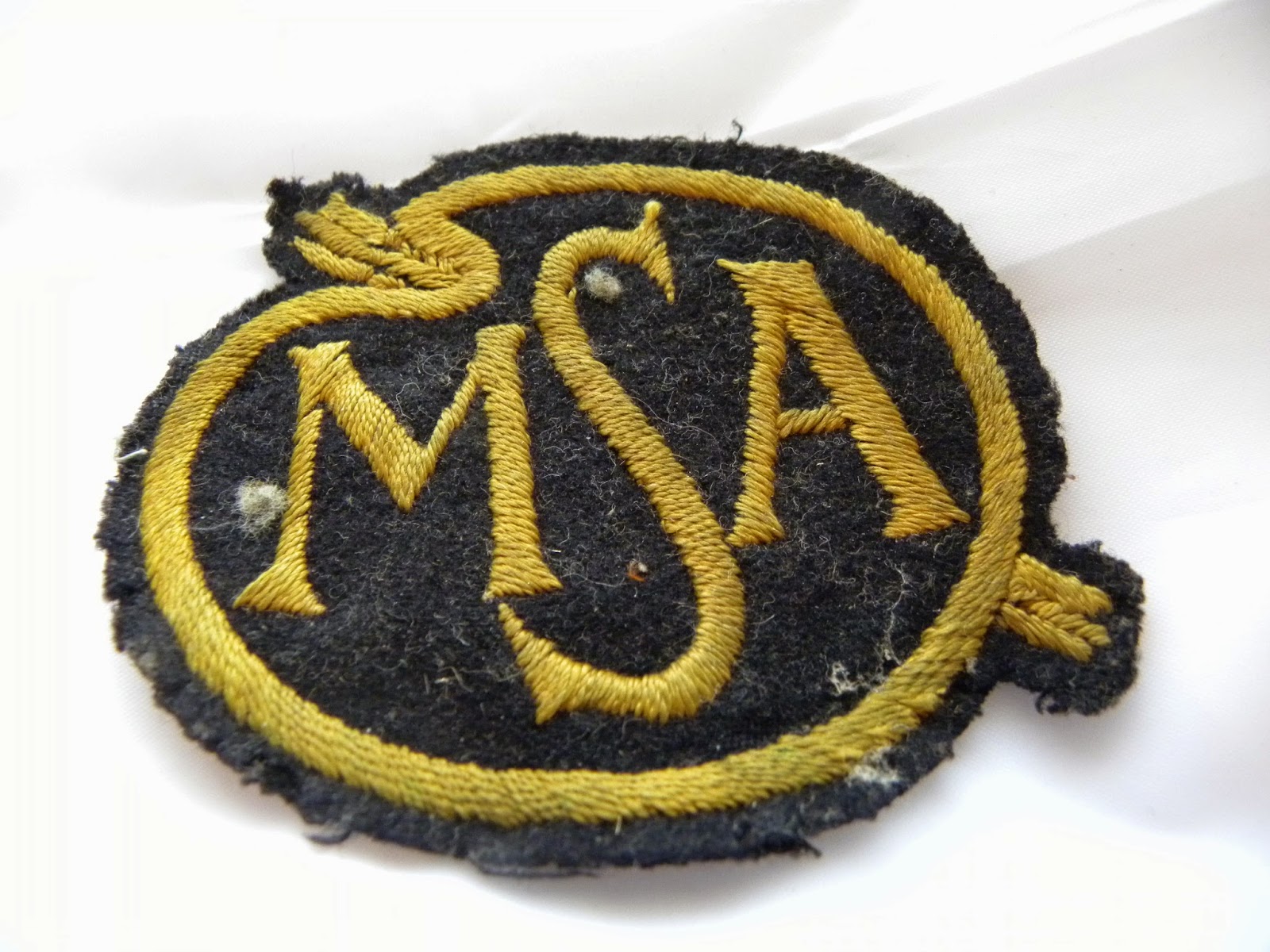 This embroidered cloth badge is not military apparently as I thought - so what does the initials MSA mean? 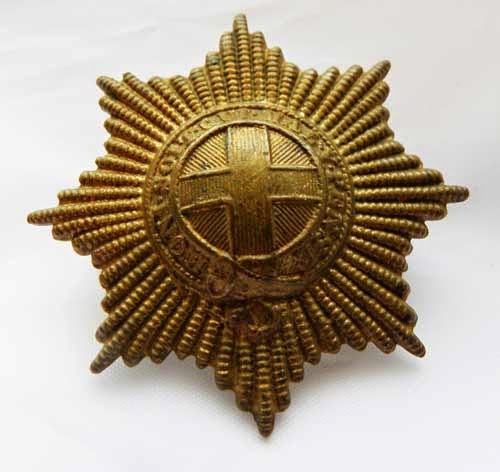 These Coldstream guard badges are my Uncle's. He undertook National Service in the 1940s and early 1950s in this battalion. 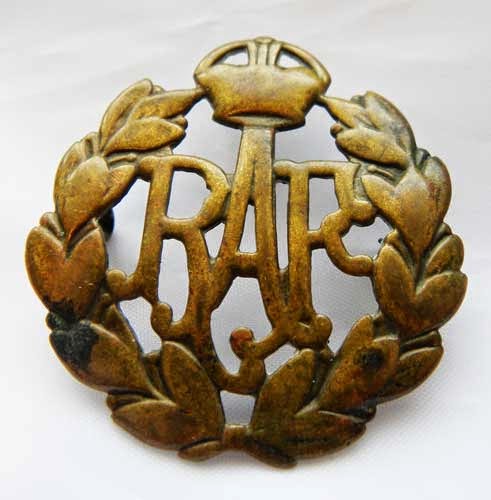 A RAF badge from the 1950s. This is probably my fathers as he was in the RAF for his National Service as a cook. 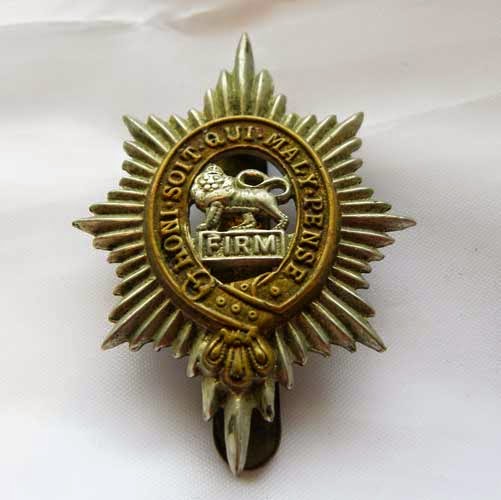 Now we come onto the ones that I do not know about. This is a Dragoons badge from WW1. It has the motto "Stand Firm" have no idea who this belonged to in my family. So more research needed here. 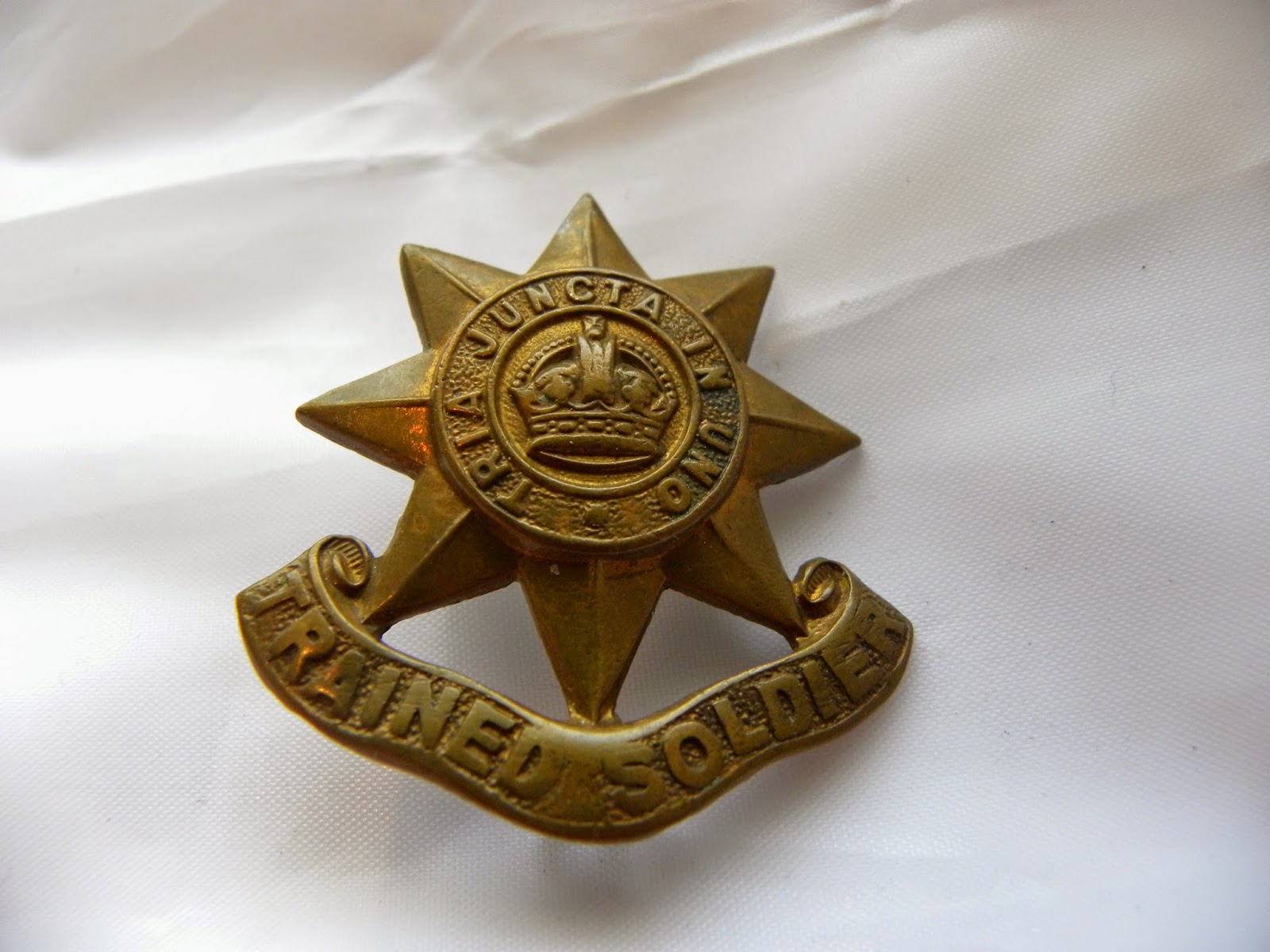 This is an officer's training badge from WW1. It would have been someone who went to a private school - well that rules most of my family out. So who did this one belong to? 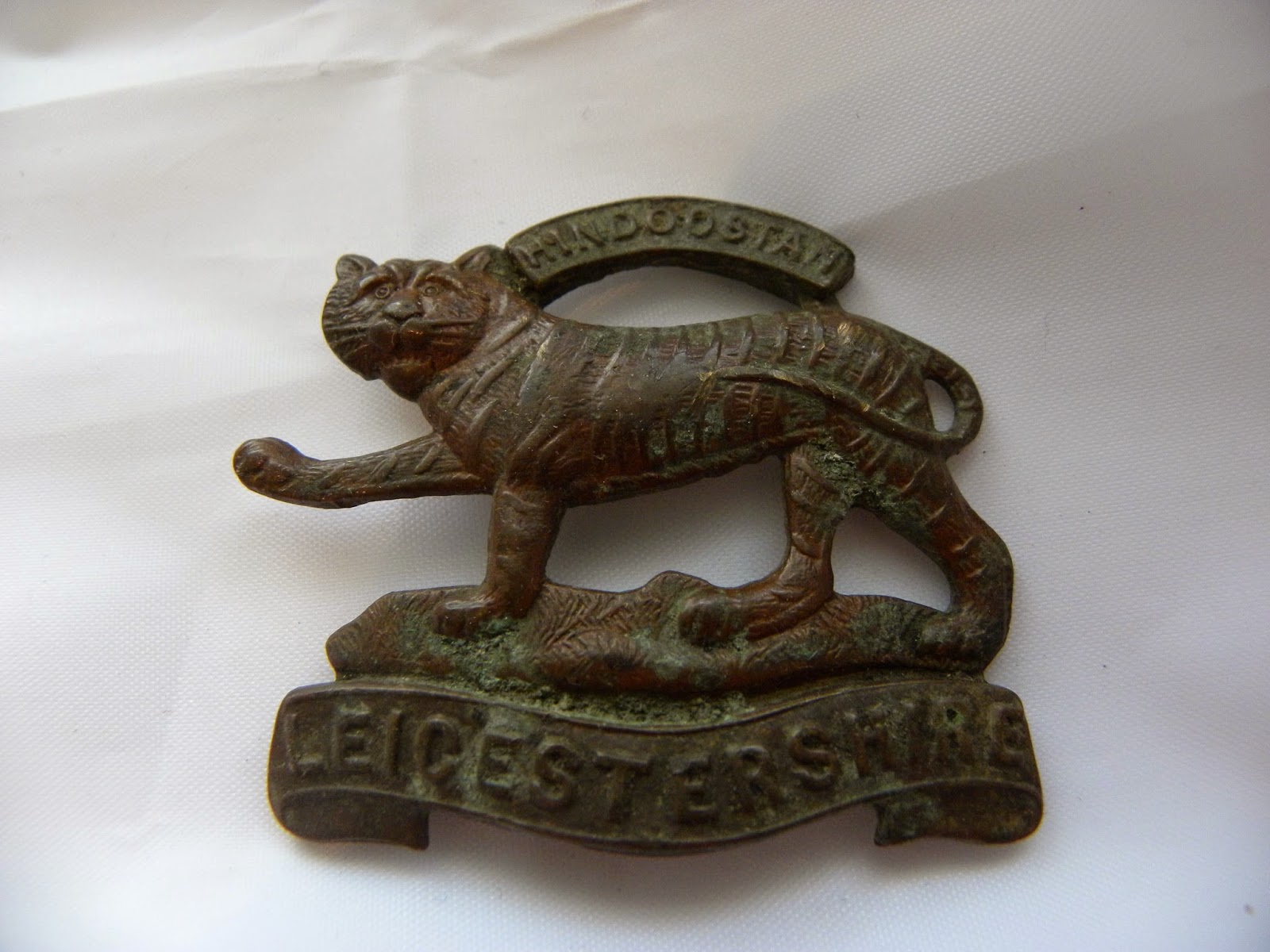 This is a Leicestershire badge from WW1. It looks as though its come out of the ground. It may have been brought back from the trenches by my grandfather who was in the Royal Warwick Regiment. Or found by any of his 3 boys at some point when they lived at home.

This badge generated great interest from the researchers. Apparently it is very rare and belonged to a woman in WW1. 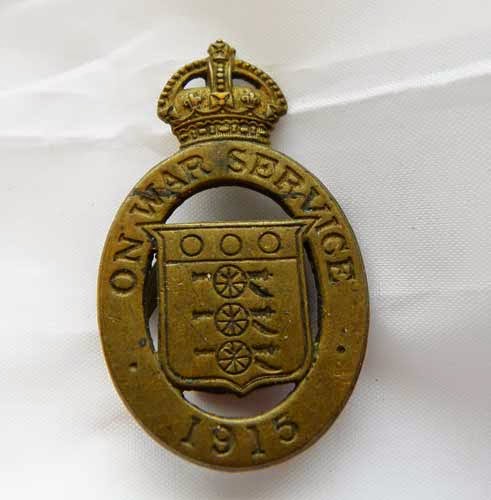 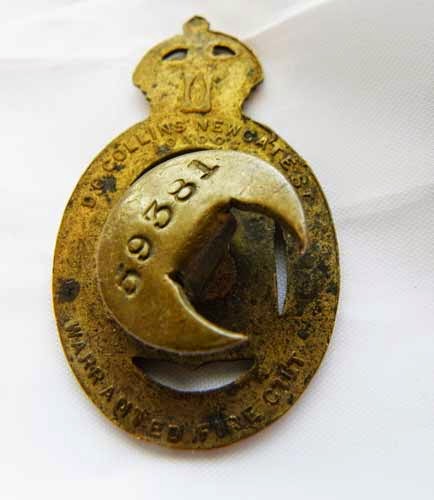 This "On War Service" badge belonged to a woman who served in the ammunition's factory in the SE of England. It was a 1915 issue to employees of a gun or ammunition's factory during WW1. At the time I thought of my grandmother, but she would have been too young at 11 years. So possibly my great grandmother (although she was German!) But I did think that they were both living in Birmingham. So I have no idea who had this badge in my family and lived near London, working toward the war effort. More research is needed for this one. The badges are not for sale. They are part of my families history and will remain with me.

My husband and I enjoyed the visit and would recommend any one going to take a list as there is so much information available.

Email ThisBlogThis!Share to TwitterShare to FacebookShare to Pinterest
Labels: Birmingham, coldstream guards, dragoons, family history, genealogy, leicestershire badge, who do you think you are, ww1