Driving through the small village of Hampton in Arden on the outskirts of Solihull. You can not fail to see the tall Hampton in Arden war memorial at the side of the road. However saying that when we attended the Summer fair in early summer of this year, it was covered up. It has been renovated apparently and the names re-carved. So please stop and take time out just to look.The photographs were taken in early 2007 and are not my best. It was a little difficult in picking out the names, so I apologies before hand. 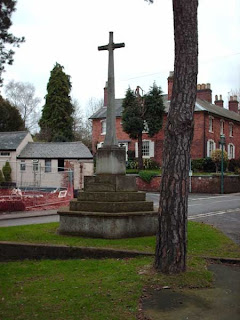 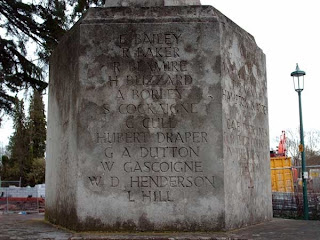 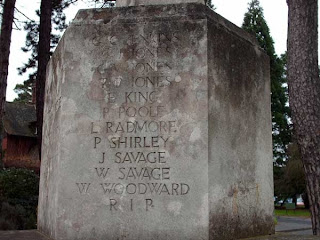 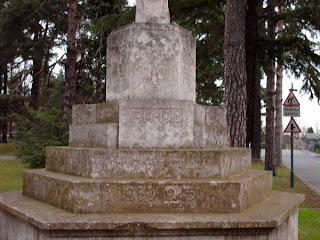 I will hopefully be able to retake this War Memorial photographs now that it has been restored and show them below. Quite difficult to research these people and after a quick look I am afraid I could find nothing out about these brave men. I do know that some research has been carried out and it is in a book about Hampton in Arden. But the pixies have been in to our house and for the life of me. I can not find the book. Yes we do have lots of local history books on our bookcase and we do tend to add regularly to them.

Although so far the war memorial covered were originally researched and photographed in 2007 with more to come. The gape of a few years was because my legs went AWOl, and I have only just been able to walk unaided without my trusty walking stick. This year my husband and I have covered another dozen or more locally and across the UK. We have also taken time to explore the local churches and cemeteries and photograph the War Memorial gravestones looked after by the Commonwealth War Graves Commission. Also I have tried to photograph other graves that have men fallen in war conflict. In fact anything of interest to someone undertaking family history or local history research. Our biggest undertaking so far has been Yardley cemetery in Birmingham. It is massive and so far we have covered just 5 sections, but I will blog more about that later.
Posted by Sue at 11:15