This Remembrance Sunday 2013 has started with a bright clear crisp day and so I would like to remember those who fought and some who died in the two World wars in mine and my husband's family. 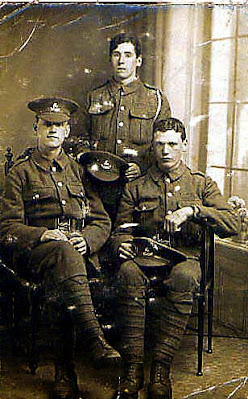 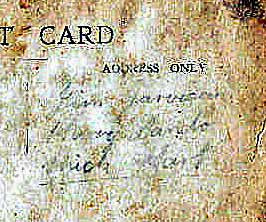 Grandad Hart enlisted in the Royal Warwick Regiment when he was just 15 in 1914. Whilst serving at Ypres he was injured in the knee by shrapnel and limped for the rest of his life. The names on the card are of the other two men in the picture. Michael Hart is seated with no hat on and lived in Small Heath, Birmingham.

On this day I would also like to remember :-

Also the rest of the men who served this country in the many conflicts that have occurred.
Posted by Sue at 09:22